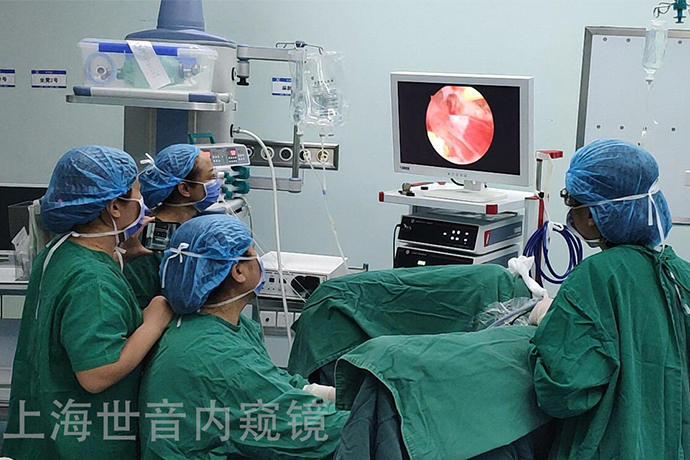 Hysteroscopic myomectomy is the use of hysteroscopic techniques to enter the uterine cavity from the cervix through the vagina and remove the submucosal fibroids under the hysteroscope.

Uterine fibroids are classified according to where the uterus is located. Submucosal fibroids are associated with abnormal uterine bleeding. When these fibroids show symptoms, they should be surgically removed, and the method of removal depends on the type of fibroids.

Corresponding to the FIGO classification of uterine fibroids, there are three types of submucosal fibroids (FIGO 2010):

②Type 1, the fibroids protrude to the uterine cavity > 50%

There are two types of intramural fibroids (FIGO 2010):

①Type 5: The fibroids are convex toward the serosa, and the convexity is less than or equal to 50%

In addition, type 8 are other types (special sites such as cervix, broad ligament fibroids), and miscellaneous uterine fibroids are fibroids embedded between the endometrium and serosa.

The development of myomectomy

In 1978, Neuwirth performed the first hysteroscopic myomectomy using a urinary resectoscope, a surgical technique similar to a prostatectomy, using a direct-view resectoscope and a "U" ring to cut the fibroids into thin slices, But sometimes the adjacent myometrium is damaged. Myomectomy, also known as the "gold standard" technique, can lead to severe exposure of the vascular mass, which can cause excessive bleeding, excessive fluid absorption, and sometimes damage to the myometrium, which can affect fertility.

Some doctors have performed pseudocapsule-sparing hysteroscopic myomectomy. Litta et al loosened a portion of the intrauterine fibroids after excision, while Mazzon used a cold knife to loosen the intramural fibroids. This technique, published in Brazil in 2002, is similar to open or laparoscopic myomectomy to preserve the pseudocapsule. Instead of partial resection, the entire fibroid is loosened. Considering the integrity of the pseudocapsule is more conducive to the operation. .

This technique uses a resectoscope (Collins) with an "L" ring, first completely encircling the tumor bed, thereby accessing the fibroid interface/pseudocapsule, loosening fibrous bundles, and occasionally finding clotted vessels. There is generally a vascular network surrounding the fibroids, and fibroids dissection within the pseudocapsule will reduce bleeding and preserve the integrity of the myometrium, thereby promoting uterine healing and benefiting future reproductive outcomes.

Since most patients with uterine fibroids are asymptomatic, observation and follow-up are often used. Drug therapy is mainly for patients who are temporarily unable to operate and need to improve symptoms, such as anemia. Surgical treatment includes myomectomy and hysterectomy, which are selected according to the patient's age, condition and needs. Surgical approaches include laparotomy, laparoscopy, hysteroscopy and vagina. Non-surgical treatments include uterine artery embolization and high-intensity focused ultrasound therapy.

Use diagnostic hysteroscopy to examine the cervical canal and uterine cavity to understand the location of uterine fibroids, their relationship with the uterine wall (that is, what type of fibroids), their size, and whether there are other combined lesions in the uterine cavity. After hysteroscopy confirmed the diagnosis, the hysteroscope was withdrawn.

Exploration of the uterus and dilation of the cervical canal (usually dilated to size 10, depending on the outer diameter of the resectoscope used).

A hysteroscope with ring electrodes was placed under direct vision.

Under the hysteroscope, the fibroids were passively removed one by one from the surface of the fibroids with a ring electrode until the fibroids were completely removed. During the excision, attention should be paid to distinguish the layers of fibroids and the uterine wall under the microscope. Do not remove too deep and remove the myometrium, or even the possibility of uterine perforation; and no residual fibroids.

2. Hysteroscopic surgical treatment of type 1 and type 2 submucosal fibroids Because most of type 1 uterine fibroids are located in the uterine cavity, the same treatment as type 0 is required, but attention should be paid to endometrial protection for those who have fertility requirements. In type 2 uterine fibroids surgery, the electrode is used to cut the tumor capsule at the most prominent part of the fibroids, so that the fibroids protrude into the uterine cavity, and then remove them. When the fibroids are large, oval forceps can also be used to clamp them. Removal; intraoperative use of pituitary hormone, oxytocin, water separation and other methods to promote the movement of fibroids into the uterine cavity. For fibroids that cannot protrude into the uterine cavity, it is not advisable to forcibly dig into the muscle wall, and the fibroids should be excised until they are parallel to the surrounding muscle wall. The remaining part of the fibroids should undergo a second operation depending on the postoperative growth, or under ultrasound monitoring. Surgery to reduce the occurrence of uterine perforation. For multiple uterine fibroids, the larger fibroids are usually removed first to make the surgical field clear. During the procedure, try not to damage the pseudocapsule.

Due to the high requirements of hysteroscopic surgery for type 2 uterine fibroids, sometimes a second operation is required. You can refer to the following table for preoperative evaluation.

It is mainly implemented for patients with infertility or recurrent miscarriage without other abnormal causes. Under the supervision of B-ultrasound, the needle electrode cuts the mucosa on the surface of the fibroids, and then withdraws the scope, uses oxytocin to promote the fibroids to the uterine cavity, and then removes them. Fractional surgery.

A ring electrode was placed slightly below the junction between the cervical fibroids and the cervical canal, and the pedicle was partially cut by electric incision to make it thinner and cut off. Finally, the oval forceps were used to twist it out.

Intraoperative ultrasound monitoring can observe the size, number and location of fibroids, especially the depth of fibroids involved in the myometrium. It can also observe the boundary between the uterine wall and surrounding myometrium of uterine fibroids, and measure the distance between the outer edge of fibroids and the serosa. , which can not only assist in the complete removal of fibroids, but also prevent uterine perforation, especially in large fibroids surgery. Ultrasound has a monitoring and guiding role.

Intraoperative attention should be paid to the protection of the endometrium, especially for multiple uterine fibroids, to reduce the chance of postoperative adhesions. For large uterine fibroids, if it is considered that they cannot be removed at one time, operations can be performed in stages to reduce the occurrence of complications. If necessary, blood gas can be checked during the operation, and furosemide can be administered intravenously to prevent hyponatremia. The operation time should not exceed 1 hour as much as possible, and the pressure of uterine distention should not exceed 100mmHg to reduce the occurrence of water intoxication. Postoperatively, the pressure of uterine dilatation should be reduced. For fluctuating bleeding, electrocoagulation should be used to stop bleeding in time to reduce the chance of postoperative bleeding.

For patients with fertility requirements and larger wounds, estrogen therapy can be given after surgery to promote endometrial growth, accelerate epithelialization, and prevent adhesions. The use of estrogen needs to fully evaluate whether the patient has contraindications, especially for patients with multiple uterine fibroids, the size of the residual fibroids is also a factor to be considered, and the patient should be fully communicated before use. Hyaluronic acid can also be placed postoperatively to prevent adhesions. For patients with a lot of postoperative bleeding, oxytocin is used after surgery. When the effect is not good, Foley ureteral balloon can also be used to stop the bleeding.

Hysteroscopic myomectomy (TCRM) is less traumatic and less bleeding, especially for the treatment of uterine submucosal fibroids, without destroying the anatomical structure of the uterine muscle wall, and the postoperative recovery is fast. For those who need fertility, it can also shorten the operation It is known as the standard surgical method for the treatment of uterine submucosal fibroids. However, caution must be exercised when performing hysteroscopic resection. Before surgery, the necessity of hysteroscopic resection and the risks of surgery should be fully assessed, preoperative preparations should be made, surgical skills should be improved, and surgical skills and corresponding post-operative treatment methods should be mastered. Endometrial, preventing postoperative adhesions and reducing surgical complications. 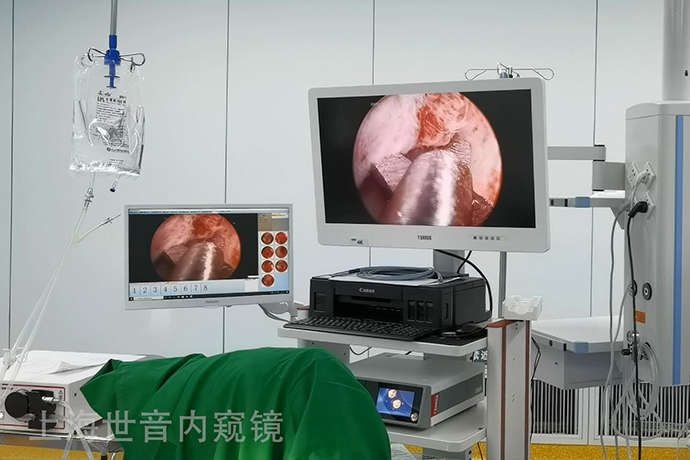