Cholecystectomy is the most common operation in biliary surgery. Since Lengenbuch performed the first cholecystectomy in 1882, it has a history of more than 100 years. In most cases, the operation is relatively standard, and the long-term results after the operation are also satisfactory. Suitable for all kinds of acute and chronic cholecystitis, symptomatic gallbladder stones, gallbladder bulging lesions, etc.

Infection and inflammation of the gallbladder-cholecystitis.

Obstruct the flow of bile to the duodenum-bile obstruction.

All of the above conditions require cholecystectomy for treatment. 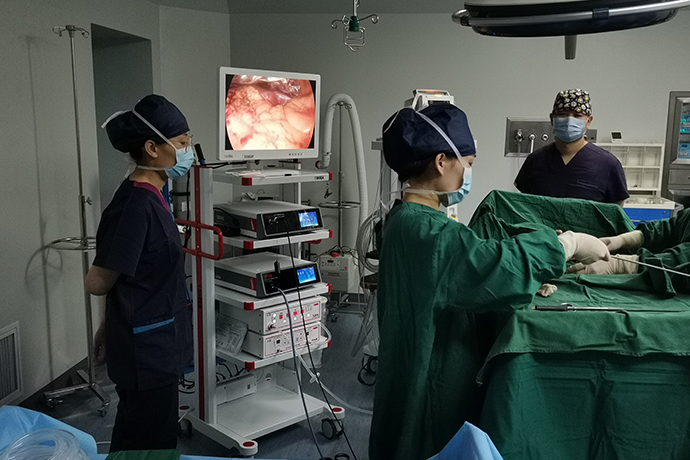 Most gallbladder surgeries have inherited the technology of laparoscopic surgery, using sophisticated instruments including a video camera to enter the abdominal cavity through a small puncture port in the abdomen. Laparoscopic cholecystectomy is simple and convenient.

If the gallbladder is severely infected, inflamed, or has giant gallstones, open the stomach for cholecystectomy. The surgical incision is just under the right abdomen, under the costal arch.

If there is a combined infection, a small tube needs to be kept for several days.

Most patients who have undergone laparoscopic cholecystectomy can go home the same day after surgery, and can eat and exercise normally.

Operation skills when there is more fat in the gallbladder triangle

If there is a greater omentum or organ adhesion around the gallbladder, it is separated close to the gallbladder wall. For those with dense adhesions, it is easier to separate the gallbladder under the serous membrane, and it is not easy to damage the surrounding organs. Then perform the anatomy of the common bile duct and common hepatic duct at the hilar of the liver, and make sure to see its course clearly. When the relationship between the triangle of the gallbladder is clear, an antegrade resection is used. When the relationship is unclear, it is removed by retrograde or combined forward and reverse, and separated by pure separation. It is recommended to use small curved separation forceps for separation, adhere to the principle of not hurting the tube, and can safely and effectively find the gaps between important pipelines. Due to adhesions formed by chronic inflammatory reactions, the gallbladder is atrophy and fibrosis, causing the gallbladder to lose its normal anatomical shape and easy to accidentally injure the CBD. In addition, various pathological conditions can also affect the anatomy and separation of the gallbladder artery, causing difficulty in operation, bleeding and other accidents, so do not force separation during operation.

Full exposure of the surgical field is critical to the operation. When there is more bleeding, the surgeon's restlessness and blind operation are often the main causes of biliary tract injury. It is advisable to use an irrigator to flush the bleeding point, and after the bleeding site is clearly found, compression should be performed to stop the bleeding. If it is bleeding from the broken end of the blood vessel, use the separating forceps to clamp the bleeding point, and slightly pull away from the wound surface for electrocoagulation to reduce the thermal damage to the surrounding tissues. If the gallbladder bed is sheet-like oozing blood, after washing, press the wound surface with a gelatin sponge, while attracting the gelatin sponge, while electrocoagulating the surface, it can effectively stop the bleeding. It is necessary to grasp the principle of accepting what is good, and not excessive electrocoagulation, otherwise the more coagulation, the more bleeding, which may easily cause bile duct damage.

About the application of titanium clip 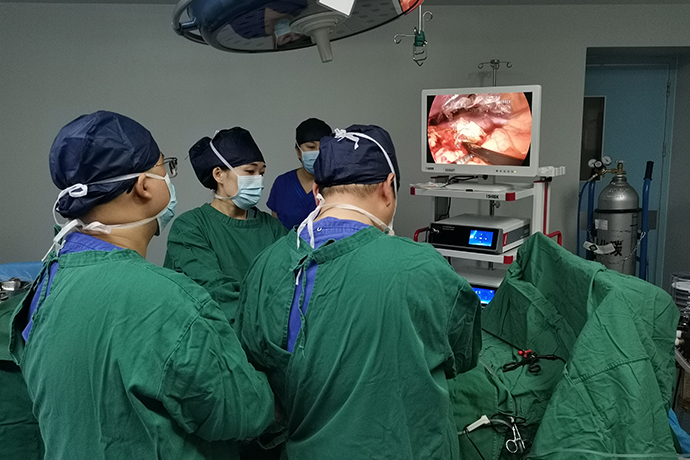 【Gynecological Laparoscopy】Causes and Treatment of Damage to the Urinary System