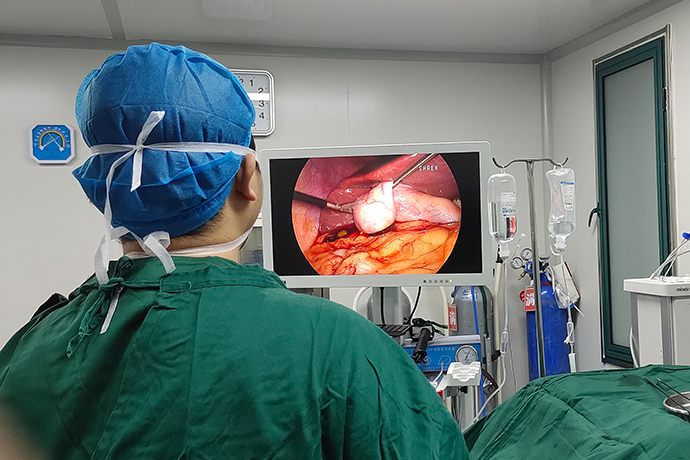 The total laparoscopic radical resection of cholangiocarcinoma is more difficult for the surgeon. The complexity of the operation of hilar cholangiocarcinoma is based on the complex local anatomy, and the progress of its surgical operation is based on the continuous in-depth understanding and precise understanding of hepatobiliary and pancreatic anatomy.

The extrahepatic biliary tract runs through the hepatoduodenal ligament, connecting the liver to the upper part, the pancreas in the lower part, and the upper hepatic and lower pancreas, connecting two important organs. The occurrence of hilar cholangiocarcinoma is centered on the first hepatic portal. The tumor expands up and down along the bile duct and infiltrates all around. The upper liver, lower pancreas and surrounding blood vessels can be invaded. As far as the scope of surgical resection is concerned, almost all types of liver resections including the first hepatic hilar are involved, ranging from hepatic segment to large hepatic resection, and even the left and right three lobes combined with the caudate lobe; For lymph node dissection, it involves the lesser curvature of the stomach, the hepatoduodenal ligament, the front and back of the head of the pancreas, and the distribution of lymph tissue between the inferior vena cava and the abdominal aorta. Lymph node tissues are generally distributed along the blood vessels, so the essence of lymphatic dissection is to skeletalize the relevant blood vessels, and even to remove the blood vessels before anastomosis. This involves the anatomy and variation of the blood vessels in the relevant area; of course, bile duct reshaping The bile duct-jejunum and intestine-intestinal anastomosis is an indispensable part of the operation, which in turn involves the related anatomy of the gastrointestinal tract. In short, to do a good job in the operation of hilar cholangiocarcinoma, you must be very familiar with the anatomy of the above-mentioned parts and be familiar with the relevant anatomical variations in the chest.

3): The height of the bifurcation points of the left and right branches of the three tubes, the left and right hepatic ducts are the highest, followed by the left and right branches of the portal vein, and the left and right branches of the hepatic artery are the lowest. As a key pathway into the liver blood flow. The first hepatic portal is also a key part of hepatectomy to control bleeding. Pringle's maneuver was proposed by James Hogarth Pringle (1863-1941) in 1908. It controls the hepatoduodenal ligament through non-invasive clamping and placement of blocking bands, reducing the entry of hepatic arteries and portal veins into the liver. Blood flow can reduce the amount of bleeding during liver resection, which is the basis of liver surgery. However, liver resections for hilar cholangiocarcinoma surgery are mostly regular liver resections. Most of the hepatic duodenal ligaments are skeletalized, and the arteries and portal veins to be resected are ligated and cut respectively. In this way, when the liver is cut It is seldom to block the hepatic portal. Therefore, this method is not commonly used.

When the patient was admitted to the hospital, the biliary tract was already severely obstructed and the liver function was poor. Therefore, before the formal operation, the patient underwent percutaneous transhepatic biliary drainage in the ultrasound diagnosis department to drain the bile and unblock the biliary tract until the liver function was significantly improved. Laparoscopic radical resection of hilar cholangiocarcinoma can be done.

Peeling the "egg film" During the operation to separate the intestinal adhesions, the observation hole was opened, and the patient's abdominal cavity was found to have obvious adhesions through the camera. The intestinal structure was basically completely disordered, and the liver was pasted behind and could not even be seen. In this case, only Slowly separate the adhesions. Separating the adhesion of the intestine is like peeling off the egg membrane by hand. The intestine needs to be separated but cannot be broken. Operate carefully, the adhered intestines are separated step by step, and the hepatic hilum is fully exposed. Cut off the diseased part. At this time, the operation has entered a critical battle. What needs to be done is "disconnection"-disconnection of the common bile duct and removal of the liver. The liver is known as the "Human Chemical Factory". The internal pipelines are like tree roots, intertwined and criss-crossed with various blood vessels. Any carelessness will cut the blood vessels, causing hemorrhage and bile leakage. Therefore, liver surgery is extremely difficult and risky, and the surgeon is extremely demanding. To completely remove the lesion, it not only requires the surgeon to have a wealth of experience, but also needs to work hard to study the patient's data in order to accurately estimate the location of the blood vessels wrapped in the liver. In order to achieve the purpose of radical resection, intraoperative endoscopic ultrasound positioning is used to block the hepatic portal and remove the liver and tumor little by little.

The indications for radical resection of laparoscopic hilar cholangiocarcinoma are more stringent. Preoperative CT, MRCP, CT angiography or magnetic resonance angiography should be combined to clarify the relationship between the tumor and the hepatic artery and portal vein and whether there is invasion. The indications include Bismuth-Corlette type Ⅰ, type Ⅱ, part type Ⅲ and part Ⅳ Type (without portal vein and hepatic artery invasion). Contraindications In addition to all the contraindications for radical resection of hepatic hilar cholangiocarcinoma, those who cannot tolerate pneumoperitoneum or cannot establish pneumoperitoneum, and those who have extensive abdominal adhesions or who are difficult to reveal or separate the lesion; tumors invade the portal vein or Patients with main hepatic artery; patients with difficult laparoscopic exposure, or with regional portal hypertension in the hepatic portal, who cannot safely undergo radical resection of the tumor. 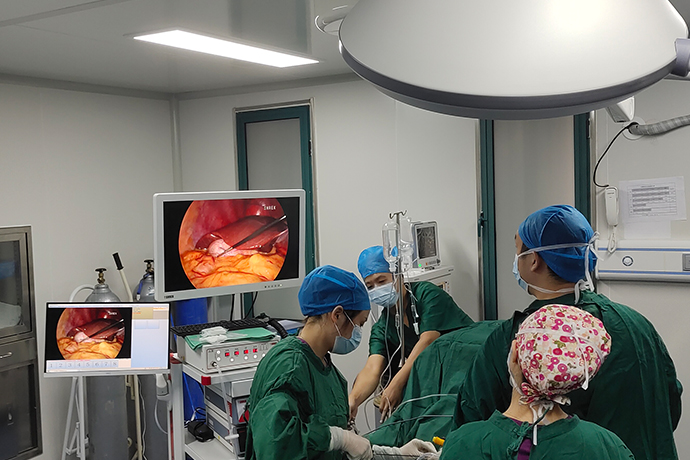