Endometrial polyps are the most common in patients presenting for abnormal uterine bleeding.

Polyps originating from the immature type are more common, are estrogen-sensitive, can proliferate continuously, but have poor response to progesterone; polyps originating from the mature type are less common, respond to both estrogen and progesterone, and can change with the menstrual cycle. Some or even all of the menstrual period may fall off, and there is a possibility of self-healing.

Endometrial polyps can occur in different parts of the uterine cavity, especially the fundus of the uterus, and their responses to ovarian hormones are also different, which can lead to morphological diversity. 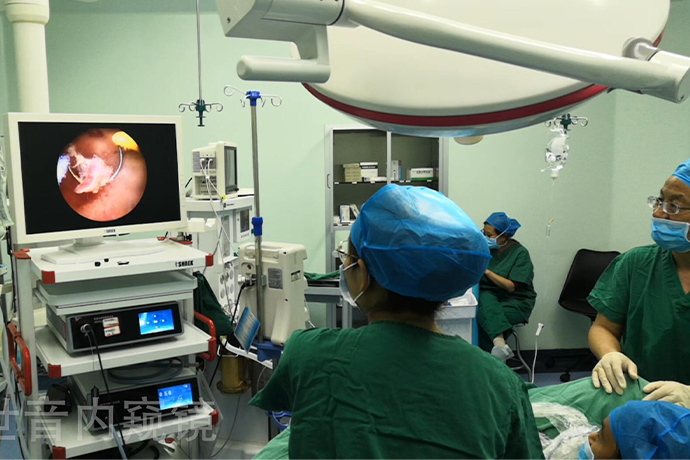 1. Why do I feel that many people around me have polyps? Is it related to genetics?

Endometrial polyps, in simple terms, are a common gynecological disease, which is caused by the overgrowth of the local uterine lining. Between 7.8% and 34.9%. The 2015 AAGL guidelines state that risk factors for endometrial polyps include age, hypertension, obesity, and tamoxifen use.

Well, it has nothing to do with genetics. Seven aunts and eight aunts have the situation, it may just be a coincidence.

2. Are endometrial polyps related to estrogen?

Have! Some people even experience B-ultrasound when they are about to menstruate, and find that the smaller "polyps" may actually be thickened endometrium. When the menstrual period is just clean, go to the B-ultrasound and they are gone. Because the endometrium is affected by estrogen and progesterone, it sheds regularly once a month, resulting in an aunt who comes once a month.

3. What are the manifestations of polyps?

Polyps smaller than 1 cm are basically insignificant. They are only discovered during the physical examination. When they grow up, they begin to act like monsters... For example, menstrual disorders, prolonged menstrual periods, incessant menstruation, and periovulation period bleeding...

6. Will polyps heal on their own?

7. In what cases do I need surgery?

Have clinical symptoms, such as irregular vaginal bleeding

Removal of polyps before IVF can help the success rate of IVF.

At present, hysteroscopic polypectomy is the main treatment method, and the operation is safe, but blind curettage is not recommended. Surgery is usually performed 3 to 7 days after menstruation is clean.

There is no clear evidence to support the use of progestogens for hormone withdrawal endometrial denudation and the use of intrauterine progesterone-releasing rings for the treatment of endometrial polyps. The 2015 AAGL guidelines state that drug therapy has limited effects on polyps, and drug therapy for polyps is not recommended. Hysteroscopic resection remains the gold standard for large, symptomatic polyps.

9. Why do endometrial polyps recur after surgery?

The overall recurrence rate after surgery is about 2.5% to 3.7%, mainly because the cause of polyps has no place to go, and secondly, the roots of polyps are not cut cleanly.

10. How to treat if there is a recurrence?

If it does not cause vaginal bleeding and does not affect pregnancy, it is not necessary to deal with it, and there is no need for repeated operations.

Endometrial polyps can also be classified according to the 2015 American Society for Reproductive Society Practice Committee "Diagnostic Evaluation of Infertile Women: Committee Opinion."

Base of implantation: sessile or pedunculated

Histology: pure endometrium, hyperplasia (with or without atypia), or tumor

1. The patient's bladder lithotomy position, routine disinfection and draping, gynecological examination to understand the size of the uterus, exposure and clamping of the cervix, and disinfection of the cervical canal.

2. Use diagnostic hysteroscopy to examine the cervical canal and uterine cavity to understand the location, type (single or multiple, pedunculated or sessile, etc.), size of endometrial polyps, and whether there are other combined lesions in the uterine cavity

4. For those who have already given birth, endometrial polyps can be resected with a ring electrode after dilation (Figure 5). Since electrical resection may cause great thermal damage to the endometrium, it should be used with caution for those who need to give birth!

1. Hysteroscopic endometrial polypectomy is quite simple and has little risk. Complications such as water intoxication and uterine perforation are rare.

2. For multiple endometrial polyps or intrauterine polyp specimens that are difficult to take out, it can be combined with negative pressure suction method, which can speed up the operation.

1. Preoperative precautions Generally no special. Most endometrial polyps can be removed under hysteroscopy, so it is generally performed in outpatient surgery. There is generally no need to prepare for cervical softening before surgery. However, routine cervical preparation is required for those who are estimated to be difficult to dilate the cervix or who may require electrical resection.

2. Postoperative precautions Generally, there is no special postoperative treatment. For patients with recurrent endometrial polyps, the cause should be found and the recurrence should be controlled. 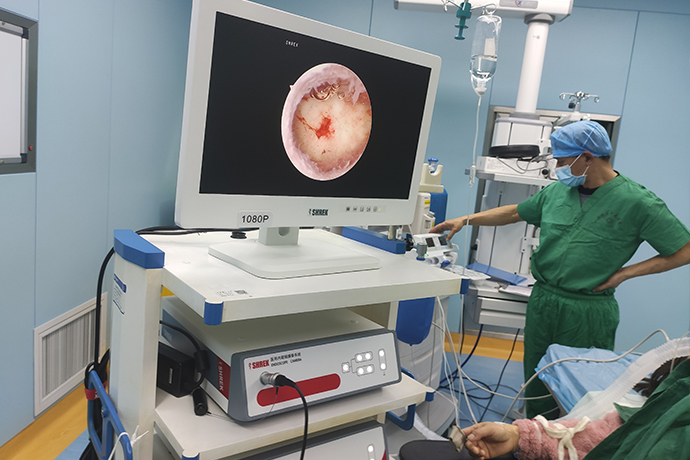