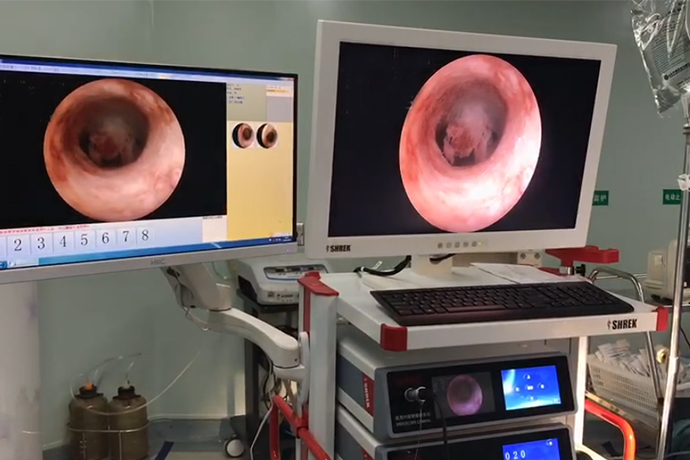 1. Why do you feel that many people around you have polyps? Is it related to genetics?
Endometrial polyps, in simple terms, are a common gynecological disease caused by the overgrowth of the uterine lining. The number can be simple or large, the diameter can be large or small, and it can be divided into sessile or pedicle. The incidence is about Between 7.8% and 34.9%. The 2015 AAGL guidelines pointed out that the high-risk factors for endometrial polyps include age, hypertension, obesity, and tamoxifen use.
Well, it has nothing to do with heredity.

2. Is there a relationship between endometrial polyps and estrogen?
Yes! Some people even go through a B-ultrasound when they are coming to menstruation, and they find that the smaller "polyps" may actually be thickened endometrium. When the menstruation is just clean, the B-ultrasound is gone. Because the endometrium is affected by estrogen and progesterone, it falls off regularly every month, which causes menstruation once a month.

3. What are the manifestations of polyps?
Polyps smaller than 1 cm are basically unfeeling. They were only discovered during the physical examination. When they grow up, they start to be demon... such as menstrual disorders, prolonged menstrual periods, inexhaustible menstruation, periovulation Period bleeding, etc.

4. Will polyps affect pregnancy?
Endometrial polyps are pedicled or sessile neoplasms that protrude into the uterine cavity, which changes the environment in the uterine cavity and is not conducive to the implantation of the embryo. It has been reported in the literature that the incidence of endometrial polyps in infertility patients is as high as 14.89%, and the older the age is, the risk of developing the disease increases. The pregnancy rate of infertility patients after endometrial polyp removal can be increased to 35%. ~35%.

6. Will polyps heal by themselves?
The natural remission rate of endometrial polyps is as high as 25%, and compared with polyps greater than 1 cm in length, smaller polyps are more likely to regress spontaneously.

7. What conditions need surgery?
Have clinical symptoms, such as irregular vaginal bleeding;
Postmenopausal polyps with bleeding need to be vigilant against malignant changes and should be actively treated;
Removal of polyps in infertile women can improve the ability of natural conception;
Removal of polyps before IVF can help the success rate of IVF.
At present, hysteroscopic polypectomy is the main treatment method, and the operation is safe, but blind curettage is not recommended. Surgery is usually performed 3 to 7 days after menstruation is clean.

9. Why do endometrial polyps relapse after surgery?
The overall recurrence rate after surgery is about 2.5% to 3.7%, mainly because the cause of polyp formation has not gone, and the second is that the root of the polyp has not been cut clean.

10. How to treat if recurrence?
If it does not cause vaginal bleeding and does not affect pregnancy, it does not need to be treated, and there is no need to repeat the operation.

Hysteroscopy is currently the most widely used diagnostic method that can directly view the physiological and pathological changes of the endometrium, and is regarded as the gold standard for the diagnosis of endometrial diseases. Its advantages are: ① Looking directly at the uterine cavity, it can clarify the size, number, and location of polyps; ②The rate of missed diagnosis is low, and the condition of the polyp root and the endometrium around the polyp can be explored at the same time; ③The results of hysteroscopy and the final pathological examination results The coincidence rate is higher. However, hysteroscopy is an invasive operation, and there are risks of uterine perforation and massive bleeding. In addition, intraoperative pain increases the cardiovascular and cerebrovascular reactions, especially in older patients with severe medical diseases, which limits the application of hysteroscopy to a certain extent.

How to treat
01 expecting treatment
Functional endometrial polyps are derived from mature endometrium and can periodically change with the fluctuation of hormone levels in the body, especially polyps with a diameter of less than 1.0 cm, which can partly or completely fall off by themselves during menstrual cramps.

02 Curettage
Traditional curettage is performed under blind vision and is the main way to treat endometrial polyps. However, curettage is not easy to scrape the fundus and bilateral corners of the uterus, and may miss 1 /3 to 1 /4 of the uterine cavity area, the residual rate can be as high as 20% to 25%. Curettage is easy to damage the endometrium, which can easily lead to postoperative infection, intrauterine adhesions, and infertility.

03 Hysteroscopic polypectomy
The polyps can be removed from the pedicle under direct vision, and the damage to the normal endometrium is small. For patients with fertility requirements, the hysteroscopy operation will not have a negative impact on the physiological function of the ovary.

3.1 Hysteroscopic polypectomy
Polyp clamping and removal after hysteroscopic positioning is widely used because of its simple operation and operation time. However, it is difficult to remove the root of the internal polyp during the operation. The originally active part is prone to over-proliferation again, resulting in high postoperative recurrence rate, short recurrence interval. 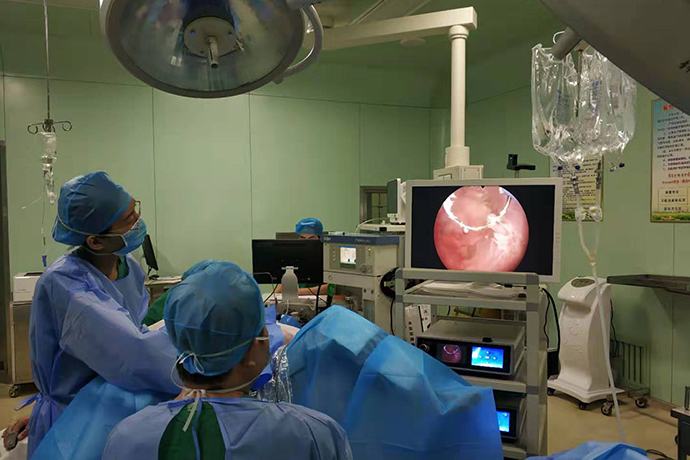