Introduction
Surgery for polycystic ovary syndrome (PCOS) can reduce part of the granulosa cells in the ovary, and reduce the production of androgens in the interstitium of the ovary, thereby reducing the level of androgens in the circulation, thereby reducing GnRH, and 90% can be obtained after surgery. The ovulation rate and 70% pregnancy rate. Laparoscopic ovarian perforation has become a surgical treatment for refractory PCOS with infertility. 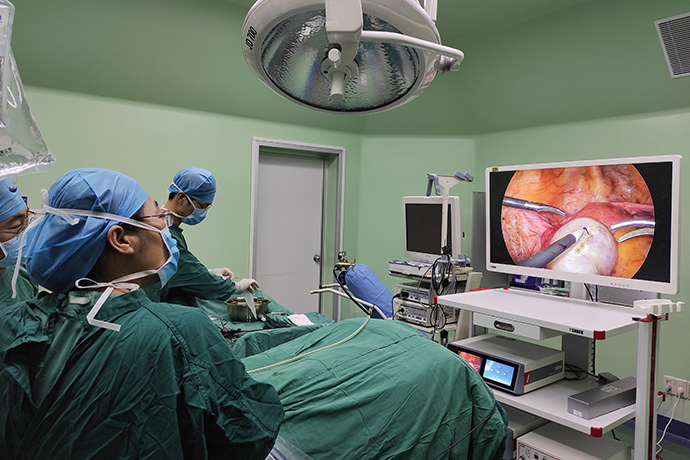 Indications
1. The effect is better when LH and free testosterone are elevated.
2. Clomiphene resistance.

Contraindications
1. Surgery is not recommended for patients with high BMI (>34).
2. Polycystic changes in the ovary caused by ovulation induction.

Surgical steps and techniques
1. After exploring the pelvic and abdominal cavity, lift the ovary with non-invasive forceps to clamp the suspensory ligament of the ovary, use a bipolar electrocoagulation hook or electroacupuncture to electrocoagulate holes on both sides of the ovary to reach the medulla.
2. The wound is electrocoagulated to stop bleeding.
3. The other steps are the same as conventional surgery.
4. Surgical skills:
⑴ Punching size: 8mm (depth) x 2mm (diameter);
⑵ Power: 30w;
⑶ Punch holes on each side: 4 are recommended, which can be individualized according to the size of the patient's ovaries, but the number of holes should not be too many;
⑷ Time: 5 seconds/hole.

Intraoperative risks and prevention
1. Bleeding Bleeding from the perforation after laparoscopic electrocoagulation of the ovaries.
Precautions: Electrocoagulation can be used to stop bleeding after perforation. For patients with heavy bleeding, repeated electrocoagulation should be avoided. Intermittent sutures with 3-0 absorbable thread can be used; however, excessive sutures should not be used. To avoid
Hemorrhage and persistent ovarian blood supply decrease, no electrocoagulation is performed within 8-10mm from the mesangium of the ovary.
2. The most frequently damaged organs are the ureters and intestines.
Precautions: When separating adhesions, pay attention to separation along the interstitial space and avoid rough and blunt separation. When electrocoagulation and punching, be careful not to put the ovaries close to the stroke part of the fallopian tube. When it is difficult to separate adhesions, opening the posterior peritoneum can reduce the occurrence of damage to the surrounding organs. In addition, care should be taken to avoid accidental electrical damage to the surrounding organs during the operation.
3. Ovarian injury After electrocoagulation and perforation of the ovary, it is prone to thermal and electrical damage.
Prevention: After the hole is punched, the surface of the ovary is washed with cold 0.9% sodium chloride solution, and smoke and hot air in the pelvic cavity are sucked to prevent the ovaries from being damaged due to high temperature, and it can also prevent intestinal burns due to excessive heat accumulation in the pelvic cavity. Necrosis and so on. It is necessary to see the bleeding site clearly when hemostasis, and do not blindly and extensively electrocoagulate. Try to use bipolar coagulation and avoid using unipolar coagulation to minimize the damage of electric heating to the follicles in the ovarian cortex.

Precautions after operation
1. Pelvic adhesions
During the operation, damage to the surface of the ovary should be minimized. In addition to flushing the pelvis sufficiently before the end of the operation, anti-adhesion drugs can be applied to the surface of the ovary as appropriate.
2. Decreased ovarian function and premature ovarian failure
Special care should be taken to protect the ovaries during surgery to avoid premature ovarian failure after surgery.
(1) Do not have too many holes; it can be individualized according to the size of the ovary, usually 4 holes per ovary.
(2) Do not punch too deep; the recommended range of a single hole: 8mm (depth) x 2mm (diameter).
(3) The power of electrocoagulation punching should not be too high; the power is 30w/hole; the time is 5 seconds/hole.
(4) Avoid punching at the ovarian door.
(5) Do not blindly and extensively electrocoagulate to stop bleeding. Minimize the damage of electric heating to the follicles in the ovarian cortex.
(6) Limited to one treatment. 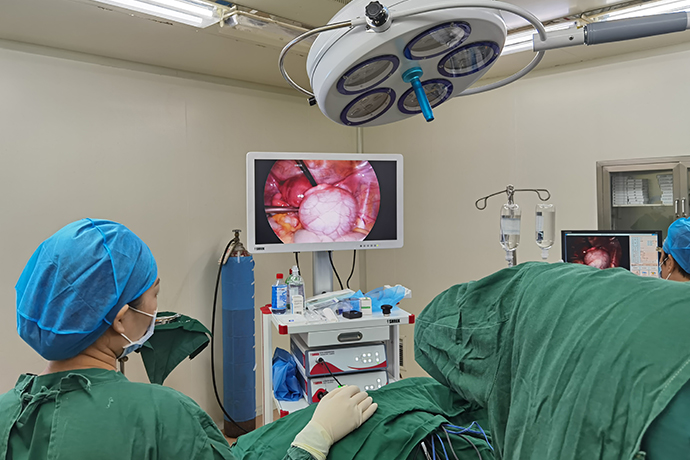