Brief introduction
Interstitial tubal pregnancy is relatively rare, accounting for only 2% to 4% of tubal pregnancy. The interstitial part is the confluence area of uterine and ovarian blood vessels, which is rich in blood supply. Symptoms rarely appear in the early stage. Once ruptured, cervical intra-abdominal hemorrhage often occurs within a very short period of time. In recent years, with the improvement of laparoscopic surgery technology and proficiency, the success rate of abdominal picks in the treatment of tubal interstitial pregnancy has increased significantly. Laparoscopy has become the first choice for the treatment of tubal interstitial pregnancy. 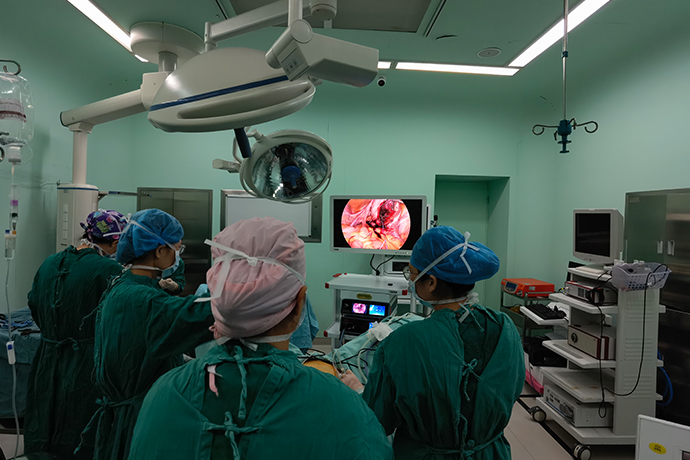 Indications
The vital signs of the pregnant patient in the interstitial area of the fallopian tube were stable or the lesion did not rupture and hemorrhage before.
Contraindications
Patients with severe hemorrhagic shock due to rupture of interstitial pregnancy are relatively contraindications for laparoscopic surgery.
Preoperative preparation
1. For patients with severe hemorrhage due to rupture of pregnancy in the interstitial area, a double-tube venous channel should be established as soon as possible. While active fluid supplementation, blood transfusion, and correction of shock, the preoperative examination and preparation should be quickly improved, and the changes in vital signs should be closely monitored.
2. Actively improve the necessary preoperative inspections
Blood routine, urine routine, blood type, coagulation function, electrolytes, blood β-hCG, bedside ultrasound and electrocardiogram, etc.
3. Preparation of abdominal and vulvar skin.
4. Bowel preparation
Enemas should be avoided, so as not to cause rupture of the ectopic pregnancy lesions or aggravation of bleeding in those who have ruptured.
5. Preoperative catheterization and indwelling catheter.
6. Blood transfusion or preparation of autologous blood transfusion.
Surgical steps and techniques
1. Clean up blood and blood clots in the pelvic and abdominal cavity first
2. Fully expose the pelvic cavity. Under the endoscope, it can be seen that the horn of the affected side is enlarged and purple-blue. It needs to be distinguished from the corneal pregnancy. Mainly based on the relationship between the enlarged part and the round ligament, the embryos of the interstitial pregnancy grow out of the uterine cavity and the enlarged part located on the outside of the round ligament.
3. In order to avoid major bleeding, first inject neurohypophysin 6U + physiological saline 50ml into the uterus to promote uterine contraction, and then carry out purse-string suture on the basal edge of the enlarged part of the gestational sac, and suture the serous muscle with No. 1 Vicryl suture. Layer, the border of the suture should be a little farther away from the gestational sac, preferably two sutures.
4. While tightening the sutures, cut and remove the pregnancy rib lesions. After tying the knot, the pregnancy site was found to be in the state of cordon and papillae. A monopolar electric hook was used to cut the plasma muscle layer above it to clean up the pregnancy and clot.
5. Removal of the ipsilateral fallopian tube to the proximal end of the isthmus, clean the interstitial pregnancy, and suture the uterine horns intermittently with No. 1 micro-Qiao thread.
6. After suturing, 50mg of methotrexate was injected into the basal serous muscle layer of the dry disease to prevent persistent ectopic pregnancy, and 5ml of sodium hyaluronate gel was applied to the wound to prevent adhesion.
7. The specimen is placed in a human taking bag and taken out from the white trocar hole. Pay attention to clean up the tissue scattered in the pelvic cavity and on the sigmoid colon, and give a large amount of normal saline to flush the abdominal cavity to avoid residual villi and cause persistent ectopic pregnancy.
Intraoperative risks and prevention
Pregnancy in the interstitial part of the fallopian tube should strive for surgery before rupture to avoid potentially life-threatening bleeding. Surgery should be performed with wedge resection of the uterine horn and fallopian tube resection on the affected side, and removal of the uterus if necessary.
1. Major bleeding
The interstitial part of the fallopian tube has abundant blood supply. In order to avoid massive bleeding during the operation, pituitary gland can be injected before the removal of the pregnancy site, and then the purse-string suture technique is applied. Hemorrhage that may be caused by electrocoagulation. At the same time, intermittent sutures are given to the uterine horns after cleaning the pregnancy lesions, which can not only better stop bleeding, but also strengthen the uterine horns, which is conducive to local healing and prevents uterine rupture during pregnancy again.
2. Pregnancy residues
Intraoperative injection of 50 mg of methotrexate into the basal seromuscular layer of the lesion can effectively prevent persistent ectopic pregnancy.
3. The surgeon is required to have a certain degree of laparoscopic surgery experience, especially proficiency in microscopic suture technique is the key to guarantee the success of the operation.
Precautions after operation
1. If there is a lot of pelvic bleeding, a rubber drainage tube can be placed in the rectal and uterine fossa and led out through the right lower abdomen.
2. Strictly monitor the blood 3-hCG changes after the operation, and recheck the blood B-hCG 24 hours after the operation. If the decrease is >50%, monitor it every 3 days until it is normal; if the blood 3-hCG value decreases 24 hours after the operation <50%, give 50mg mifepristone tablets, orally once every 12 hours, for 5 days. 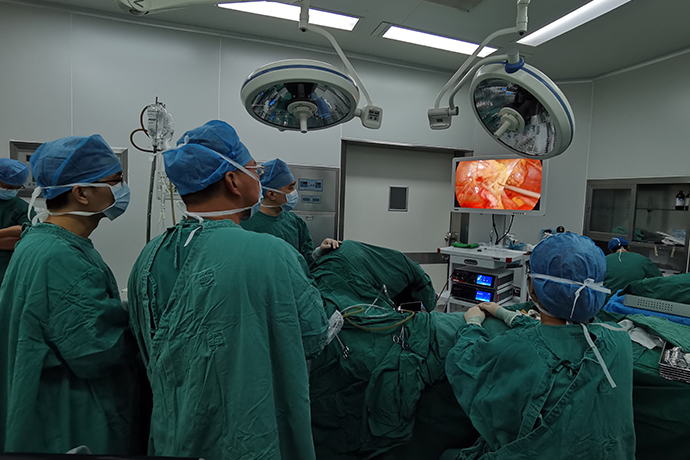