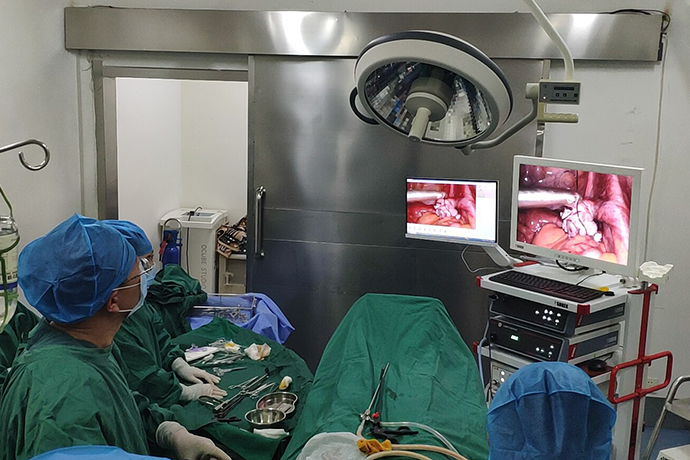 Preoperative preparation
1. Check CA125 before surgery to improve pelvic ultrasound.
2. Abdominal skin, vulvovaginal preparations are the same as ovarian cystectomy.
3. It is estimated that for severe pelvic adhesions, prepare the bowel 2 to 3 days before the operation, and clean the enema before the operation.

Surgical steps and techniques
1. Exploring the pelvic cavity, separating adhesions, and restoring normal pelvic anatomy. Ovarian chocolate cysts often have varying degrees of pelvic adhesions. In severe cases, the separation of fallopian tubes, ovaries, and uterus is unclear, and the adhesions are separated after sharp and blunt separation.
2. Peel off ovarian cysts. Ovarian chocolate cysts often rupture during separation of adhesions. Use curved forceps to grasp the cyst wall and the ovarian surface serous membrane along the rupture opening, pull in the opposite direction, and mechanically peel off the cyst wall; if there is no rupture, the ovarian surface is electrocoagulation, the cyst wall is separated from the normal ovarian tissue, the puncture tip is used to aspirate the accumulated blood, and then peeled off.
3. Suture ovary,Internal purse-string suture or continuous mattress buckle suture can be used to form normal ovarian or open wounds. Active bleeding on the wounds can be electrocoagulated.
4. Take out the cyst wall. If the cyst is completely peeled and not broken, take it out with a specimen bag. If the cyst is ruptured, take it out with scoop pliers.
5. Flush the pelvic cavity, ruptured cyst, blood in the cyst contaminates the abdominal cavity, and rinse with a large amount of normal saline after the operation.

Risk and prevention
1. Injury to the ureter. Due to different degrees of pelvic adhesions, the direction of the ureter is not clear, and the ureter may be damaged during the operation. Precautions:
① Pay attention to carefully identify the ureter during the operation, and do not use electrocoagulation hooks when the structure is not clear;
②When electrocoagulation of the sacral ligament and its surrounding lesions, attention must be paid to the direction of the ureter to prevent thermal damage. Observe the peristalsis of the ureter before electrocoagulation.
2. Injury to the intestines. Pay attention to severe pelvic adhesions. Precautions:
①It is estimated that patients with severe pelvic adhesions should undergo bowel preparation before surgery;
②The posterior wall of the uterus has serious adhesion to the rectum, and the uterus needs to be lifted. During separation, the stick and other instruments should be close to the uterine wall to separate, and do not force separation;
③ When the intestinal tract is unclear, it should be separated as bluntly or sharply as possible, and monopolar electrocutting should be used less to reduce thermal damage.
3. Preventive measures for massive hemorrhage during surgery:
① When peeling off the cyst wall, distinguish the boundary between the cyst wall and the ovarian tissue, and do not forcibly peel it;
②Be careful not to tear it forcefully in the blood supply area near the ovarian hilum or the proper ligament, as the blood vessels can be electrocoagulated to stop bleeding;
③The bleeding is obvious but the specific bleeding site can be sutured to stop the bleeding.
4. Preventive measures against damage to ovarian function:
① Keep the ovarian tissue as much as possible when peeling off the cyst wall, especially for those with fertility requirements;
②Try to use sutures to stop bleeding and reduce electrocoagulation;
③ Keep the blood supply of the ovaries as much as possible when electrocoagulation is used to stop bleeding. 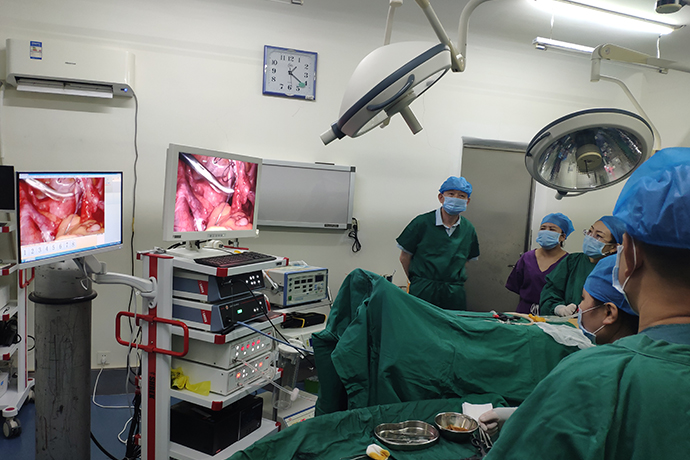