Laparoscopic surgery is smoothly out of danger
After the patient arrived at the hospital, the receiving doctor arranged for her to undergo a B-ultrasound examination. The diagnosis was confirmed as an ectopic pregnancy with symptoms of abdominal hemorrhage, and surgery was required immediately. The doctor decided to preserve the fallopian tube and maintain its physiological function to ensure re-pregnancy! Director Han of the Endoscopy Center chose laparoscopic minimally invasive surgery for ectopic pregnancy for her. After more than an hour of surgery, the operation was successfully completed. 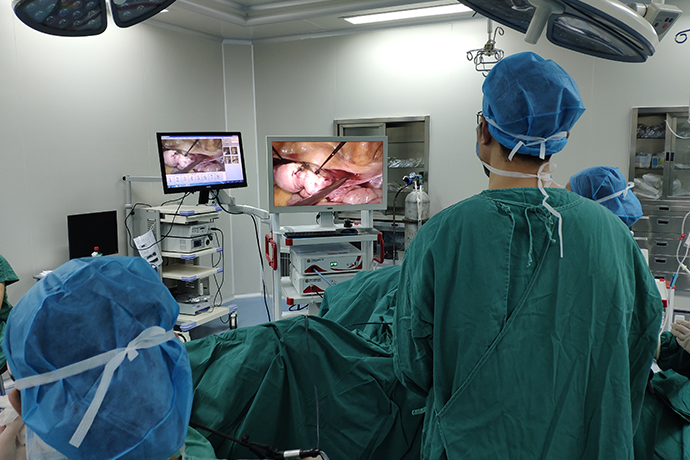 Laparoscopic minimally invasive surgery for ectopic pregnancy Gold standard for diagnosis and treatment of ectopic pregnancy
Attending doctor’s introduction: The hospital uses laparoscopic ectopic pregnancy minimally invasive surgery to treat ectopic pregnancy. This technology is to confirm the diagnosis of tubal pregnancy and determine the location under laparoscopic surgery, then fix the pregnancy site, and electrocoagulate longitudinally to cut the tubal pregnancy about 1.5-2.0cm window The pregnancy tissues can be directly taken out. Laparoscopy can enlarge the surgical field and have a wider and clearer field of view. It can find gestational sacs and small bleeding points that are not easy to find in traditional laparotomy. The lesions can be treated by methods such as electrocoagulation and internal coagulation to achieve resolution and no Damage to nearby organs, complete preservation of fallopian tubes and female fertility.
Because it has less surgical trauma, less bleeding, short operation time, obvious postoperative recovery, short hospital stay, almost small abdominal scars, fewer pelvic adhesions, and easier retention of fallopian tubes, it is very popular among patients.

The attending doctor said that ectopic pregnancy is an abnormal state of pregnancy, which means that the fertilized egg does not enter the uterus due to various causes and implants in a place other than the uterus. Xiao Wang's ectopic pregnancy occurs in the isthmus of the fallopian tube, which is a more dangerous period for rupture of the ectopic pregnancy and miscarriage. And she has no idea that she is pregnant. This situation is very dangerous. If the operation is performed a few days later, the consequences may be very serious. 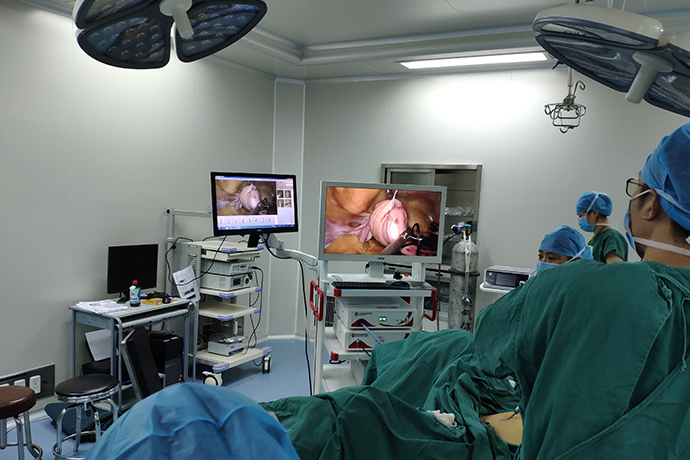