Lymph Node Dissection Under the Carina on the Right

Anatomy is the basis and starting point of all surgical ideas. A wonderful surgical method must be derived from a unique and profound understanding of anatomy. Let's first clarify the related anatomy of lymph node dissection under the carina. 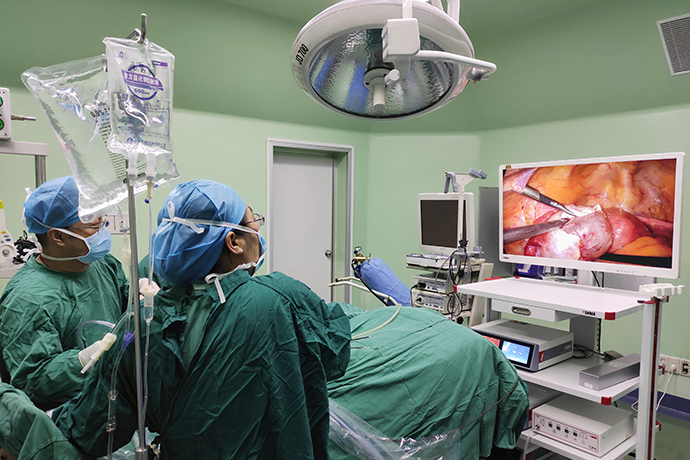 The subcarinal lymph nodes are divided into the seventh group of lymph nodes in the pulmonary lymph node division. The scope is defined as: located at the tip of the tracheal carina and has nothing to do with the lower lobe bronchus or internal pulmonary artery. The right side extends to the lower edge of the right middle lobe of the bronchus, and the left side extends to the upper edge of the left lower lobe of the bronchus. That is, the location of the bronchus bifurcation in the middle or lower lobe.
The subcarinal lymph node has a very important position in the lymph node metastasis pathway of lung cancer, and it is also of great significance for lung cancer staging. As long as the lymph nodes under the carina metastasize, it is N2.