What are the indications for hysteroscopic hysterectomy?

The embryogenesis of the uterus originates from the Mullerian duct. At 4-6 weeks of embryonic development, the ends of the bilateral paramesonephric ducts fuse, and the lower ends form the uterus and vagina. During the 19-20 weeks of embryonic development, the bilateral accessory mesonephric ducts have all fused, and the middle septum is absorbed and degenerated to form a normal uterine cavity. 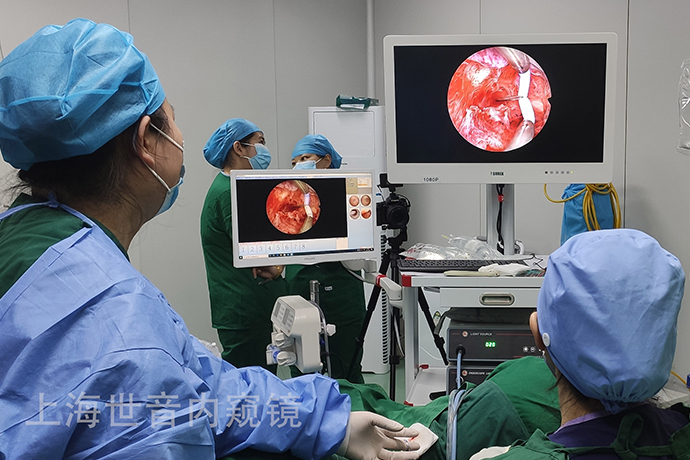 Uterine septum is a malformation of the female reproductive tract caused by malabsorption of bilateral paramesonephric ducts during the development of uterine embryos. The incidence rate is 0.009% to 12.000%. The most common, accounting for about 80%. Uterine septum can cause infertility, recurrent miscarriage, premature birth, and the probability of premature rupture of membranes, placenta previa, and placental abruption are all high.

Those who have fertility requirements, infertility, adverse pregnancy history such as recurrent miscarriage, premature birth, abnormal fetal position, intrauterine stillbirth, etc., have surgical indications, and can be under hysteroscopic hysterectomy under B-ultrasound or laparoscopic monitoring. Surgery (TCRS). Zabak et al believe that due to the presence of the uterine septum, 2 or more spontaneous abortions, infertility without other explanations, and infertility patients who plan to undergo assisted reproduction are all indicated for surgery.

Septate uterus: After the fusion of bilateral accessory mesonephric ducts, a certain process of septal absorption is blocked, resulting in different degrees of septate uterus, which are divided into complete septate uterus and incomplete septate uterus. It can be manifested as repeated miscarriage, heavy menstrual flow, dysmenorrhea and so on. Generally, after surgical treatment, the normal anatomical shape and function of the uterus can be restored to a certain extent.

Main cause: Obstruction of a certain process of septal absorption after fusion of bilateral accessory mesonephric ducts

1. Completely septate uterus: The end of the septum reaches or exceeds the internal cervical os, which looks like a double cervix.

2. Incomplete septate uterus: the end of the mediastinal ends at the level above the inner mouth.

The main indication for surgery in the septate uterus is the past history of poor obstetrics, rather than the need for surgery when the mediastinum is discovered. There is still debate about when to perform septate hysteroplasty, with some authors recommending surgery only in cases of poor reproductive history, while others recommend prophylactic hysteroscopic hysteroplasty to prevent malformation-related adverse obstetrics ending.

Hysteroscopic hysteroplasty involves transverse incision of the uterine septum and true hysterectomy. The mediastinal incision should be performed in the middle of the septum and equidistant from the anterior and posterior walls of the uterus. The opening of the fallopian tube is of great help in maintaining the correct plane and direction and avoiding damage to the normal myometrium.

We conclude that hysterectomy with septate significantly reduces the rate of miscarriage and preterm birth, and may improve fertility in patients with septate uterus and unexplained infertility. Hysteroscopic hysteroplasty is an effective and safe treatment that is performed by specialists after accurate diagnosis and has a low incidence of complications.

1. The patient's bladder lithotomy position, routine disinfection and draping, gynecological examination to understand the position and size of the uterus, exposure and clamping of the cervix, and disinfection of the cervical canal.

2. Use diagnostic hysteroscopy to examine the cervical canal and uterine cavity to understand the type of uterine septum, the depth and width of the septum, etc. After hysteroscopy confirmed the diagnosis, the hysteroscope was withdrawn.

3. Exploration of the uterus and dilation of the cervical canal (usually expanded to No. 10, depending on the outer diameter of the resectoscope used).

4. Insert the hysteroscope with needle electrodes installed under direct vision.

As the diaphragm extends down the cervix, it is first separated with cold scissors or with a cutting electrosurgical probe. The excision begins at the level of the cervix and extends from the external os toward the uterus. Continue the division of the uterine septum, taking care to preserve the plane of the tubal orifice.

When the uterus is widely spaced, the bleeding must be stopped as soon as possible. Then, perform the second surgery 2 months after the second stage of the procedure to complete the procedure.

At the end of the surgery, it is best to stay less than 1 cm from the base to avoid weakening the basilar muscle. At the end, the tubal opening is visible under the same field of view hysteroscopy. This is important because the risk of perforation increases if the excision is done too far. Some surgeons recommend follow-up ultrasounds to make sure there are no perforations.

If the inflow, outflow assessment is higher than 500 mL, a chemical check must be performed.

Check for possible adhesions. These new, thinner adhesions are often easily removed by the tip of the hysteroscope during diagnostic procedures.

If the remaining substrate is greater than 1 cm, the second process is indicated.

The only success criterion is a subsequent pregnancy, resulting in a delivery that produces and develops on its own. 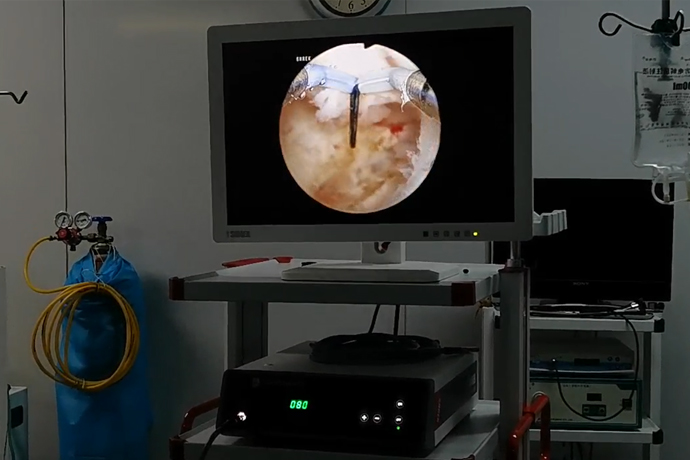