"Hernia" is a common disease, there are many types, commonly known as "hernia". The most common is an inguinal hernia, which is a lump in the groin area. This lump can appear on the left side, it can also appear on the right side, and some people have both sides. A hernia is characterized by a lump that is sometimes absent and can be large or small. For example, it appears when standing and disappears when lying down; it increases when tired and shrinks when resting; it bulges when coughing, and returns after pressing. From a professional point of view, a hernia is an organ or tissue in the body that leaves its normal anatomical site and enters another site through a congenital or acquired weakness, defect or pore, called a hernia. Hernias are more common in the abdomen, with extra-abdominal hernias being the most common. External abdominal hernia is caused by the protrusion of the organs or tissues in the abdominal cavity together with the peritoneal parietal to the body surface through the weak points or pores of the abdominal wall. An intra-abdominal hernia is formed by the passage of an organ or tissue into the interstitial sac in the abdominal cavity, such as a omental hernia. Viewed from the abdominal cavity, a hernia is a defect in multiple layers of the abdominal wall at the same part, forming a hole through which the abdominal organs protrude to other parts. 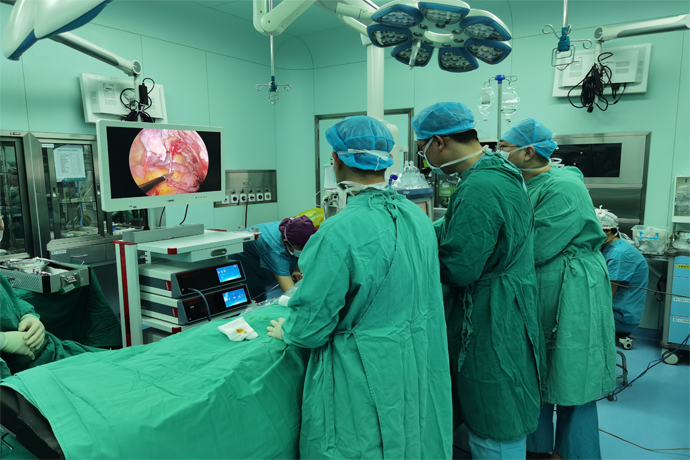 Indirect inguinal hernia can occur at any age. It is an intra-abdominal tissue and organ (usually the intestine, omentum) that protrudes from the inguinal area through the inguinal canal, forming a mass that can fall into the scrotum. The mass is often oval or pear-shaped. , the upper part is pedicel-shaped. In the relaxed state, when the hernia block is pushed, the herniated tissue can also be incorporated into the abdominal cavity, and the hernia block disappears.

The general steps of the operation are as follows

2. Incision of the peritoneum

After entering the abdominal cavity, the first five ligaments must be identified:

① Middle umbilical ligament: located in the midline, it is the residual trace after urachal occlusion;

3. Separation of the hernia sac

Indirect hernia hernia sac protrudes into the inner ring mouth, there is often some fat tissue or "lipoma" outside the hernia sac. Larger "lipomas" should be removed, otherwise the "lipomas" will slide into the inguinal canal, causing a similar sliding hernia. recurrence. The indirect hernia sac should be peeled off as much as possible. The residual hernia sac will increase the probability of seroma, but the large hernia sac with dense adhesion to the spermatic cord should be transected. Forcible peeling will cause postoperative scrotal hematoma.

In laparoscopic surgery, the spermatic cord must be fully "perietalization", that is, the hernia sac and the posterior spermatic cord vessels and vas deferens should be fully freed by 6-8 cm. This step is very important, otherwise the mesh will cover the hernia sac. , causing the recurrence of indirect hernias. At the same time, it should be noted that the inner and lower sides of the hernia sac in male patients are the vas deferens, and the outer and lower sides are the testicular artery and vein.

4. Separation of the preperitoneal space

The separation range of the preperitoneal space is the inner to the pubic symphysis, the outer to the psoas major muscle and the anterior superior iliac spine, the upper to the symphysis muscle healthy at least 3 cm, the inner and lower to 3 cm below the pubic ligament, the outer lower to the spermatic cord "pelvic wall". "6 ~ 8cm, to ensure that a 10cm × 15cm patch can be implanted.

5. Tiling and fixing of patches

Usually a 10cm × 15cm patch is selected and trimmed appropriately according to the patient's condition. Small patch is one of the important reasons for postoperative recurrence. The fixation of the mesh can be done with a hernia fixator or suture. The mesh should be firmly fixed with the rectus abdominis, pubic comb ligament, and syndesmosis, especially the coverage and fixation of the pubic tubercle, because most recurrences occur in the triangle of direct hernia next to the pubic tubercle. Bilateral hernias should fully dissect the pubic bladder space so that the preperitoneal space on both sides is connected, and the medial side of the mesh overlaps at the pubic symphysis. The inferior epigastric artery should be avoided when stapling above the mesh, and the crown of death, triangle of danger, and triangle of pain should be avoided when stapling below.

Usually the patch is laid flat on the spermatic cord, as flat as possible, and a curled patch can cause postoperative recurrence. It is also possible to cut a small piece of the patch, wrap it around the spermatic cord, and then fix it, which is equivalent to strengthening the posterior wall of the inguinal canal while reshaping the inner ring.

6. Closure of the peritoneum

The peritoneum can be closed with staples or sutures. The peritoneum should be fully closed to avoid contact between the patch and the abdominal contents, otherwise it may cause postoperative intestinal obstruction or even intestinal leakage.

Only children with hernias under the age of one year have the possibility of self-healing. Hernia patients of other age groups have basically no possibility of self-healing, and surgery is the only means of repairing hernias. However, 4K laparoscopic hernia repair uses a 55-inch or 43-inch large monitor, which is more convenient for doctors to watch the operation and has higher definition, so it has less trauma, less pain, faster recovery, shorter hospital stay, and fewer postoperative complications. It has become the best surgical method for hernia repair at present. 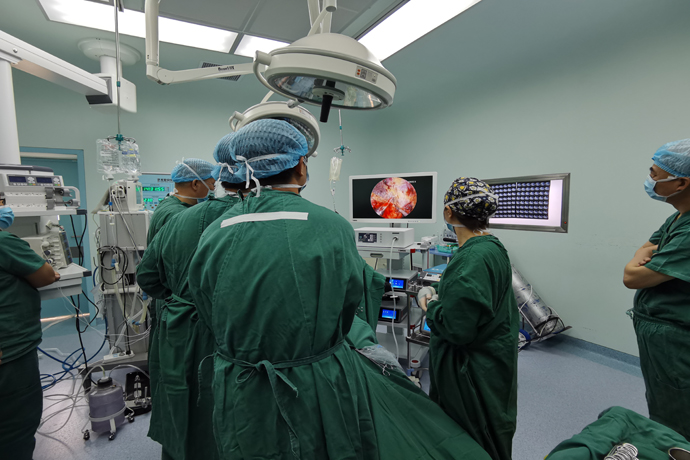