Acute cholangitis is an acute inflammation of the biliary system caused by bacterial infection, which is generally based on biliary obstruction. 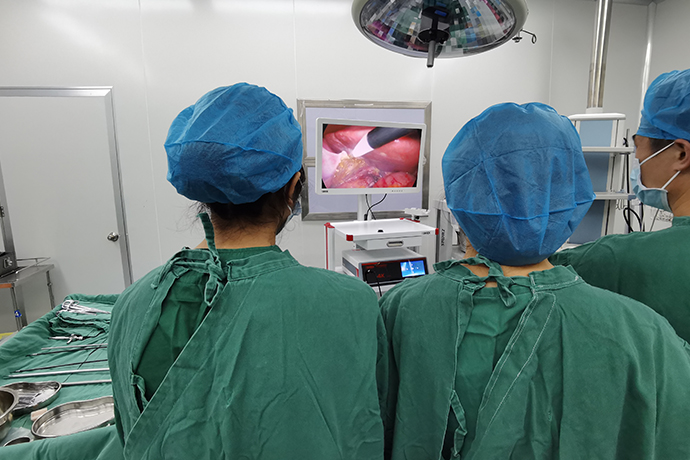 Basic pathological changes: bile duct obstruction and purulent infection in the bile duct. The bile duct cavity is filled with purulent bile or pus, the mucous membrane is congested and edema, epithelial cells are degeneration, necrosis, and shedding, and various layers of the tube wall are infiltrated by neutrophils.

●Bile duct obstruction and purulent infection of the bile duct.

●The proximal bile duct is dilated, the wall is congested and edema, and the bile duct pressure of purulent bile in the lumen ↑.

●It is mainly caused by Gram-negative bacteria, but also Gram-positive bacteria and anaerobic bacteria (40% for one kind, 40% for two kinds, and 20% for more than three kinds).

If the condition worsens, there will be septic shock and mental changes.

Abdominal pain is mild, generally without jaundice, chills and high fever are the main clinical manifestations, and septic shock may occur. Asymmetric enlargement of the liver, tenderness and percussion pain in the liver area, no swelling of the gallbladder.

It has the typical Charcot triad or Reynolds pentad. Right upper abdomen or under the xiphoid process, tenderness, muscle tension, symmetrical enlargement of the liver, percussion pain in the liver area, and possibly gallbladder enlargement.

Grade 2-ACST with septic shock, exacerbation of cholangitis, development of suppurative hepatitis around the bile duct, further damage to the bile duct, bile duct and hepatic sinusoidal barrier, and increased incidence of sepsis and sepsis.

Grade 3-ACST with biliary liver abscess, a large amount of infectious substances outside the bile duct are released, and only bile duct decompression and drainage cannot stop the disease from developing.

Grade 4-ACST with multiple organ failure is a late manifestation of severe infection.

Minimally invasive endoscopic treatment has been proven to be safe and effective. There is no significant difference in curative effect from traditional open surgery. It has advantages in elderly patients and patients who cannot tolerate surgery and has become the first choice.

The primary purpose is to save the patient's life. The operation should be simple and effective. If the condition is not improved after PTCD or ENAD treatment, surgical treatment should be changed in time.

②Support the bile duct to prevent scar and stenosis of the common bile duct incision.

③Dissolve the stone through the T tube and perform radiography.

·T-tube angiography showed unobstructed hepatic duct, common bile duct and duodenum at about 10 postoperatively, and then clamp the tube for observation for 1 to 2 days. Observe that there is no abdominal pain or distension. Fever, jaundice alleviates, stool color becomes darker, and can be removed. T tube.

·After 2 weeks of indwelling, a solid fibrous sinus can be formed around it, and there is generally no bile leakage after extubation. If abdominal pain, abdominal distension and fever occur during the indwelling of the T tube, it is likely to be bile leakage, and further diagnosis and treatment is required.

The middle and lower part of the common bile duct was significantly dilated, and multiple filling defects of 1.0 cm×1.0 cm were seen inside. A stone basket was used to remove a large number of stones, and pus was seen to flow out. Afterwards, the bile duct balloon was used to clear the remaining silt-like stones, and the imaging was filled again. The defect area disappeared. In addition, stenosis at the junction of the upper part of the common bile duct and the common hepatic duct was observed during the operation. Although the contrast agent can pass, the filling defect of the common hepatic duct was fixed when the stenosis was cleared by the basket, and blood and pus were seen to flow out, suggesting the stenosis of the upper part of the common hepatic duct. It may be caused by tumor, and a Christmas tree plastic stent (8.5F×12 cm, Cook Company, USA) was placed, and the drainage was smooth, and a large amount of purulent bile was discharged. Near the end of the treatment, the patient had sudden nausea and vomiting, and vomited more blood clots. He saw jet-like bleeding at the 3 o'clock direction at the lower part of the esophagus 36 cm from the incisor on the dentate line. Immediately inject cinnamyl alcohol injection into the blood vessel and intravascular points to stop the bleeding. Observed for 5 minutes, no active bleeding was seen. Drug treatment was continued after the operation, and the patient's condition improved and was discharged. 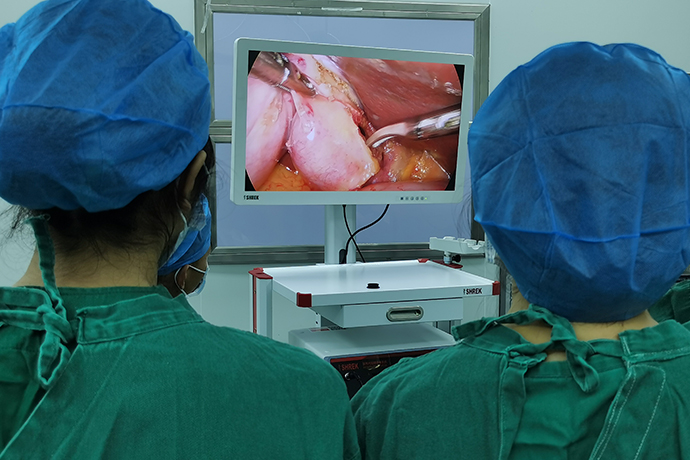