4K laparoscopic imaging technology is based on the traditional high-definition laparoscopic system, providing a more high-definition and realistic surgical field, making up for the shortcomings of conventional laparoscopy in image description, and enhancing the description of the details of the operating field, which will be clearer and more realistic. The surgical field of view better than that seen with the naked eye is presented on the big screen. The addition of fluorescence technology adds another visual mode to the conventional high-definition technology. In this mode, indocyanine green will turn fluorescent green, clearly showing the entire lymphatic drainage path, making it easier for us to find and remove sentinel lymph nodes.

After the first product of fluorescence endoscope was certified by the US FDA in 2013, it has received widespread attention from the global medical community. In 2016, fluorescent endoscopes entered the Chinese market and gradually developed. Laparoscopic Fluorescence Imaging System. The system can present endoscopic images of LED visible light and near-infrared laser dual light sources. When used with fluorescent contrast agent ICG, it can provide three imaging modes: high-definition white light, black and white fluorescence, and green fluorescence.

Fluorescence endoscopy is a new type of diagnostic equipment that uses laser intrinsic fluorescence spectroscopy technology to enter cavity diagnosis through various endoscopes. It can automatically identify and diagnose according to the inherent fluorescence spectral characteristics of human tissue, can immediately prompt whether the measured tissue is a normal tissue, can identify benign and malignant lesions in the measured tissue, and improve the diagnosis rate of early cancer and dysplasia.

4K fluorescence navigation ultra-high-definition technology can help doctors to more clearly and easily identify the patient's blood vessels, nerves, bile ducts, pancreatic ducts and other tissue structures during surgery, so as to avoid collateral damage such as blood vessels, and keep the surgical wound clean and clean, which is conducive to the doctor's overall control Operation rhythm, improve operation speed, and ensure operation safety.

The 4K fluorescence endoscopic camera system adopts the native dual 4KCMOS technology to perform spectroscopic imaging of the input white light and near-infrared light (NIR). Fusion with fluorescence has the advantages of high definition, large amount of data, rich details, and high color reproduction, completely solving the inherent defects of single CMOS that cannot perform high-resolution and clear imaging for white light and fluorescence at the same time, such as "dark image quality". , the fluorescence effect is not strong" and many other core problems, but also broke through the bottleneck of "insufficient resolution and poor consistency" caused by the use of full HD imaging chips in 4CMOS.

At present, there are various solutions on the market. The imaging of a single 4K CMOS sensor does not require a beam splitting prism and the sensor is precisely attached, and the implementation is simple, but the fluorescence and white light cannot be accurately separated, and the resolution of the R/G/B/NIR channel is only 2K ( Full HD), resulting in low imaging resolution and poor image quality; the beam splitter prism optically separates the R/G/B/NIR channels of the image, and then uses four 2K sensors to image separately, and then fuse, the basic principle is the same, It avoids problems such as crosstalk caused by poor optical separation, but it is essentially a full HD imaging system, a mature 3CMOS white light path, and two sets of prisms are separated, which is relatively less difficult, but often leads to poor consistency; integrated prisms are more difficult It is large, but the consistency is good. This is also the board kit mainly promoted by some foreign solution manufacturers.

The native dual 4K imaging solution is difficult and is called the jewel in the crown. It has excellent performance and can meet the needs of clinical precision surgery.

From the perspective of the role of fluorescent navigation endoscope, its breakthrough point is to present some tissue structures that are difficult to visualize in white light mode, provide assistance from the perspective of equipment, help doctors perform more accurate and flexible operations, and lower the threshold of surgery to a certain extent. and risk.

From the perspective of economic benefits, the fluorescence endoscope system has both white light and fluorescence functions. The integrated product helps to reduce the configuration of the operating room, reduce the cost of equipment investment, and improve the diagnosis and treatment capabilities of the department.

Although fluorescence endoscopy is still in the leading stage of head experts, it mainly focuses on the clinical application of hepatobiliary tumors in the top three hospitals. However, under the promotion of national medical insurance cost control, hierarchical diagnosis and treatment and other policies, it is the general trend that fluorescent endoscopes gradually sink to primary hospitals.

And with the popularization of the technology, its application scope will also expand to benign tumor resection, cholecystectomy, and more routine medical operations such as gastrointestinal surgery, urology surgery, and gynecology. This will further promote hierarchical diagnosis and treatment, guide patients to seek medical treatment reasonably, and reduce the pressure on front-line medical institutions to seek medical treatment. 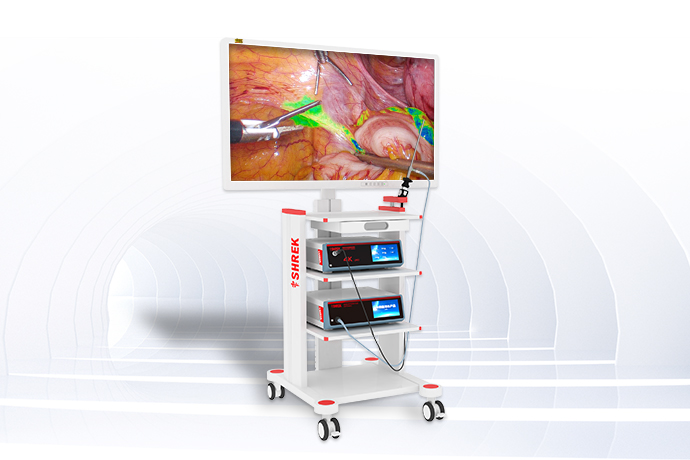