Definition of Tunnel Method
Opening the lung fissure is a skill that must be mastered by thoracoscopy. Although a one-way lobectomy has been developed that can ignore the fissures, in many cases you still have to open the fissures, otherwise the operation will not proceed downward. For example: the anterior segment resection of the right upper lobe requires the horizontal fissure to be opened. Moreover, opening a lung fissure often makes the operation simpler from complicated. Therefore, everyone must master this important skill and strive to be able to deal with all situations. For a well-developed lung fissure, we can open it directly along the gap with an energy device such as an electric hook or an ultrasonic knife. For underdeveloped lung fissures, the "tunnel method" is often needed. We often see that specialists will first find the artery in the oblique fissure, then separate it forward, and finally the tongue clamp or vascular clamp will come out at the other end of the lung fissure to open a tunnel. Finally, the fissure of the lung can be cut and closed with the occluder, and then there is a feeling of sudden relief. Yes, this is the "tunnel method" that this article is about. No one has ever described the tunnel method in detail, let's try to elaborate. 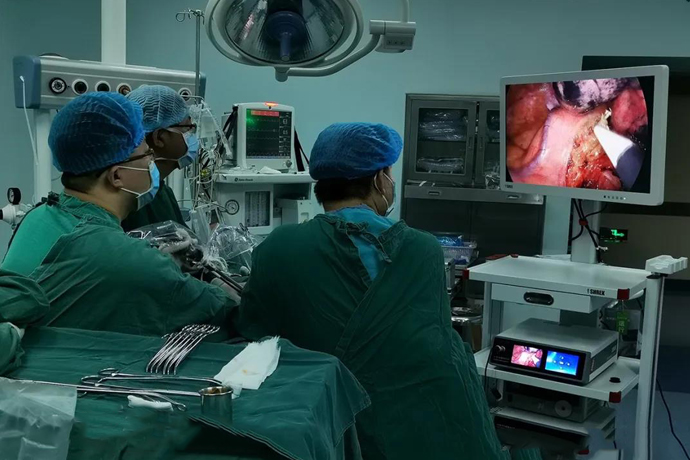 Commonly Used Anatomical Markers for Tunnel Method
1. For oblique fissure and horizontal fissure, the most important sign is the pulmonary artery. Finding the pulmonary artery in the middle of the lung fissure is necessary for tunneling to open all hypoplastic oblique fissures. In fact, the purpose of opening the lung fissure is also to treat the arteries during the operation. Therefore, the pulmonary artery in the middle of the oblique fissure is an important sign of the tunnel method. It can be used as an entrance or as an exit. On the right, he is located at the junction of the oblique fissure and the horizontal fissure. On the left, it is located in the weakest part of the oblique fissure.
2. For the anterior lung fissure (the lung fissure that is the front of the above arterial mark), the entrance to the tunnel is to open the anterior mediastinal pleura, and then find the corresponding anatomical landmarks. For example, the anatomical landmark of the left oblique fissure can be the pulmonary basal trunk. The exit is the pulmonary artery at the fissure of the lung.
3. The entrance of the anterior mediastinum of the horizontal fissure is located in the bifurcation gap between the superior lobe vein and the middle lobe vein. After separation, continue to find the pulmonary artery trunk, and then follow the artery trunk to the artery exit position of the interlobular fissure.
4. For posterior lung fissure, the entrance of the tunnel is the pulmonary artery in the middle of the interlobular fissure, and the exit is the anatomical structure revealed after the mediastinal pleura is opened, for example: the tunnel exit of the left posterior oblique fissure is the posterior mediastinum The left pulmonary artery trunk at the position; and the exit of the right posterior oblique fissure, sometimes the posterior mediastinal pleura can be opened. In some cases, it is necessary to freely converge along the bronchus as far as possible to the middle of the interlobular fissure, which can be marked by the lymph nodes at the branch of the bronchus.
5. In addition, sometimes, the "inter-segment tunnel method" is also used. For example, in the resection of the basal segment of the lower lobe, especially in the resection of S9S10, the "inter-segment tunnel method" will be used to open the inter-segment plane in order to better expose the vasculature of the basal segment of the lung.
The above-mentioned "intersegment tunnel method" uses the gap between the dorsal artery A6 and the basal artery trunk A7-10 as the entrance, passing through the B6 dorsal bronchus and the basal trunk bronchus B71-10, and the dorsal vein V6 and the basal artery trunk V7-10 is the exit, a section of tunnel is made, the lung tissue is cut, and the section plane is opened. This method should be careful not to damage the segmental bronchus. 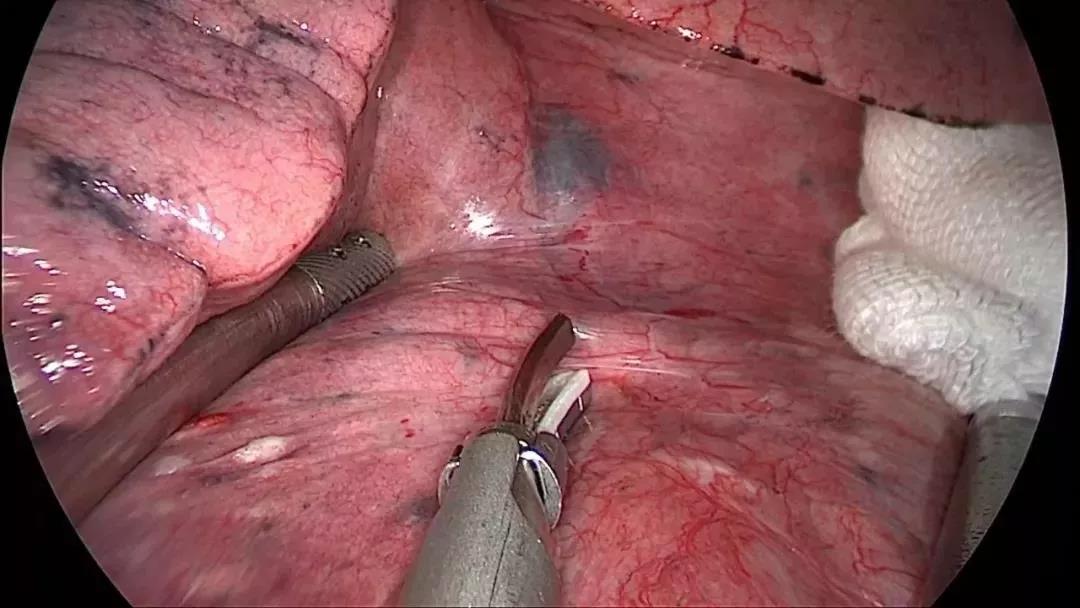